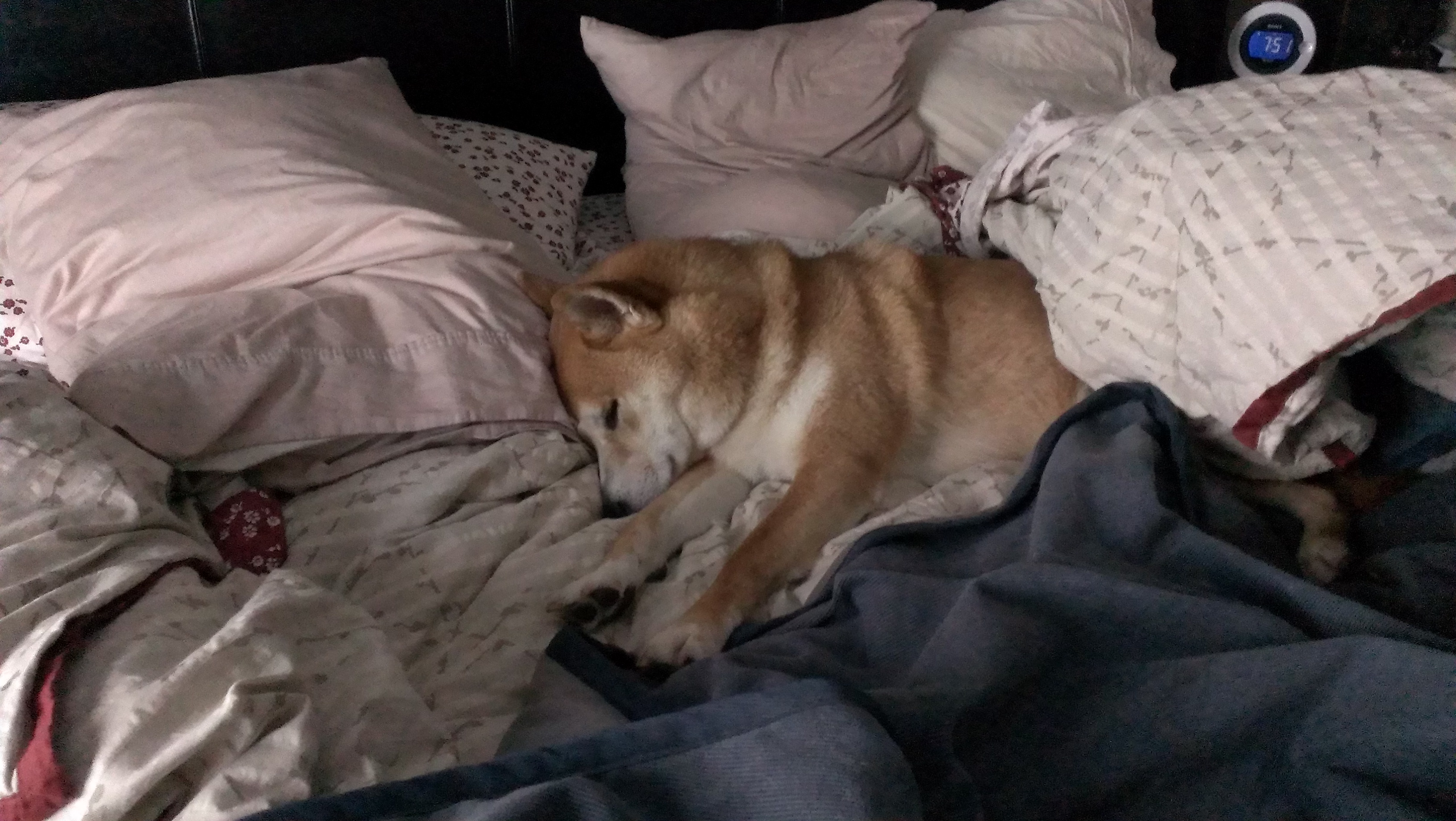 Who needs a FitBit for Christmas when you can have a chubby puppy? A study detailed in a recent New York Times article shows that having an overweight dog often provides incentive for its owners to become more physically active themselves.

Almost any incentive to get moving is a positive one. Now, scientists are learning that having an animal companion can inspire people to start thinking about their own health, as well as the dog’s. Obviously, a dog cannot decide on a balanced diet or (typically) take itself on regular walks. These decisions pet owners have to make, due to the major responsibility of caring for another creature’s life, inspire some to pay more attention to their own health.

According to the study, most dog owners spend almost an hour more per week outdoors and active compared to those without pets. Walking Fido might just lead you to become health-conscious about yourself!

A quick note from me: Rescuing an animal from the pound is a great gesture. However, you should be certain you are capable of properly caring for that animal. Your incentive for getting a pet shouldn’t be to help you get moving – you’ll need that motivation from within. But if you think you and your household are ready for a new furry family member (or two or three), then go adopt today!

Last week, Time revealed its annual Person of the Year.

I was so pleased when the magazine gave the 2014 award to Ebola aid workers in West Africa. I can’t think of a braver, more selfless group of recipients. In the words of Time’s editor, Nancy Gibbs: “They risked and persisted, sacrificed and saved… The rest of the world can sleep at night because a group of men and women were willing to stand and fight.”

In a special editorial published Wednesday morning, Gibbs rightfully postulates that the actions of local and international volunteers prevented a (much worse) global health catastrophe. It is also important to recognize that these aid workers were pitted against corrupt governments and nearly nonexistent public health infrastructure.

According to the editorial, Time’s decision also reflects the social and geopolitical impact of Ebola. Simply put, the outbreak proved that the world was woefully unprepared for a global health crisis. In America, the virus was emotionally divisive and exposed shortcomings of our own healthcare system.

The Ebola outbreak in West Africa is a momentous event in global history. It is an opportunity to learn, improve and prepare for the future. It is also an opportunity to recognize the dedication of health workers, especially those who will always run toward fires, no matter the cost.

Last month, I wrote a brief post about flu prevention and vaccination. (Of course, I’ll take this opportunity to encourage you again to get a flu shot— it’s not too late, since flu season won’t peak until next month.)

Today, however, I’m writing about something in the broader realm of winter illnesses.

As you may have gathered, I frequently browse online health news as a means of keeping up with the latest developments and happenings in my industry. Every now and then, I’ll find something really neat outside of the lines of traditional news.

Yesterday, I came across a fascinating photo series capturing vintage cold and flu remedy ads. While some of these remedies were safer and more effective than others, all of the posters are vibrant examples of bygone eras in advertising. The series also made me appreciate modern drug regulation— we’ve come a long way from snake oil and whiskey for flu relief.

One of my favorites in the series is titled “Le Thermogene,” which looks like an early version of IcyHot. Here is the link to the entire gallery—enjoy!

Here’s a piece of positive healthcare news: Tuesday, the Department of Health and Human Services reported that American hospitals are becoming significantly safer and cleaner.

Overall, the administration estimated that this decline may have resulted in as many as 50,000 fewer hospital deaths over the three-year period.

You can read the full report or this summary in Modern Healthcare.

While the Department of Health and Human Services is unsure of the exact cause of the reduction, it points to new hospital reporting requirements, as well as new ties between Medicare reimbursement and preventable patient complications.

Unfortunately, the data collected between 2010 and 2013 cannot be compared to hospital data collected during previous administrations. However, a 17 percent drop in hospital-acquired ailments over three years is no small feat!

I think this reflects wonderfully on American healthcare providers. It demonstrates both a legitimate concern for patient safety, as well as an interest in adhering to new national regulations and standards.